Speaking the Language of Home Automation

Everyone is talking about the smart home, connected home, and the “Internet of things” that basically connects any device with an on and off switch or wireless signal to the Internet. It is estimated that by the year 2020, there will be over 50 billion connected devices in use. With the world population estimated to reach 7.6 billion by 2020, that’s more connected devices than people!

What is a smart home?

A smart home, or connected home, is a home that incorporates a home automation system to provide its homeowners comfort, security, energy efficiency and convenience at all times, regardless of whether anyone is home.

This "smart home" is a residence that could have appliances, lighting, heating, air conditioning, TVs, computers, appliances, security, and video systems that are capable of communicating with one another and can be controlled remotely by a time schedule, from any room in the home, as well as remotely from any location in the world by smart phone, tablet or Internet.

Some benefits of a smart or connected home include:

In this expanding world of home automation, people are confronted with new terms that can seem like language from a far distant world.

Having a basic understanding of some common home automation terms can make you and your home a whole lot “smarter” from the start!

2G, 3G Network: 2G is the second generation (and 3G, the third generation) wireless telephone technology used by cellular providers. Because it is older technology, 2G is being replaced by 3G (or newer) technology and will eventually be shut down completely.

Access Point: A device that converts wireless signal to a power line signal and vice versa.

Android Device: A mobile device such as a phone or tablet that runs on the Android operating system, in much the same way that PCs run Microsoft Windows as their operating system.

Apps: Abbreviation for application. Also referred to as mobile applications or mobile apps, it is a term used to describe Internet applications, or software programs, that run on smartphones and other mobile devices. Most smart components come with easy-to-use apps that run on both iOS and Android devices.

Bluetooth: Short-range wireless technology used to create PANs (Personal Area Networks) among nearby devices. Most Bluetooth features have a range of up to 30 feet, but some can extend to 300 feet.

Bridge: A device that connects two networks together. Often used to connect different home automation technologies together such as Z-Wave to X-10.

Cellular: Sometimes called mobile, it is a type of short-wave analog or digital telecommunication in which a subscriber has a wireless connection from a device containing a cellular radio to a relatively nearby transmitter. The transmitter's span of coverage is called a cell.

CFL, LED: Energy-efficient lightbulbs. LED stands for light-emitting diode, and CFL is an acronym for compact fluorescent light. CFLs and LEDs can also be incorporated with wireless technologies and can be turned on and off remotely via your smart phone or other mobile device.

Compatibility: There are a number of competing — and sometimes proprietary — communications standards used in home-automation products to communicate with each other by a connection that’s wired, wireless, or a combination. Products compatible with one standard may not work with another. Standards you may encounter include X10, UPB, Z-Wave, ZigBee, and Insteon.

Controller: Devices that allow for the operation of home automation features. They are available as desktop units, wall mount pads, computer interfaces, or touch screens.

Gateway: Allows a home automation system to communicate through the Internet.

Geo-fencing: A feature in a software program that uses the global positioning system (GPS) or radio frequency identification (RFID) to define geographical boundaries. A geo-fence is a virtual barrier. Once a geo-fence is in place it can be used to trigger events (such as lights turning on, disarming a security system) or to push notifications when someone enters or leaves the defined boundaries.

INSTEON: A technology for communication between different home automation devices. It does so through electronic wired signals or wireless ones.

Internet of Things (IoT): Simply put, this is the concept of basically connecting any device with an on and off switch to the Internet (and/or to each other). This could include a number of devices such as cell phones, coffee makers, washing machines, lamps, wearable devices, security systems, cameras, and almost anything else you can think of. The relationship created by IoT will be between people-people (improved communications), people-things (connected people to devices and notifications), and things-things (connecting devices to devices for efficiency).

LAN: A local area network (LAN) is a computer network that interconnects computers within a limited area such as a home, school, computer laboratory, or office building, using network media.

Mesh Network: Several networked devices that “talk” with each other, instead of communicating only with a central access point or router like common wireless computer networks do.

Mobile device: a portable computing device such as a smartphone or tablet computer.

Router: A device that forwards data packets along networks. A router is connected to at least two networks, commonly a local area network (LAN) and its Internet service provider network. Routers are located at gateways, the places where two or more networks connect.

Rule: A trigger causing a subsequent action (i.e. door opens and triggers light to go on). Multiple rules can be incorporated into a scene.

Scene: Home automation operation of multiple devices with a single command. A scene can be a pre-programmed list of things to do; it is a macro in home automation. So when you get a scene in motion, all the programmed steps are carried out in order.

Sensor: A device that provides information to a home automation system, typically to trigger an event. Examples include, temperature, water, and motion or window sensors.

Smart appliances or Smart devices: Smart appliances include thermostats, clothes washers, dryers, microwaves, hot water heaters, and refrigerators, while smart devices include phones and tablets. Many smart appliances are designed to communicate frequently with the smart grid to indicate how much energy they are using, providing detailed information on their use and status. Smart devices can operate – to some extent – interactively and autonomously.

Smart grid: An energy- and cost-saving approach to distributing power to homes. Once in place, smart electrical meters track each home’s energy usage, and communicate with smart devices to more efficiently manage power consumption based on total demand, time of day, and cost.

UPB: Universal Power Bus technology. A competing technology to X-10 that is not compatible with X-10.

Updates: New versions of software that address new features or fixes to existing applications (or apps). These updates can be made automatically or manually.

User Interface (UI): A user interface is what you use to control a machine or system. For example, a remote control, a keypad, a touch screen; even a mobile device or personal computer can be used to control your home automation system.

WiFi: Wi-Fi is a wireless networking technology that allows computers and other devices to communicate over a wireless signal. Many devices can use Wi-Fi, e.g. personal computers, video-game consoles, smartphones, digital cameras, tablet computers and digital audio players.

Wireless: Wireless is a term used to describe telecommunications in which electromagnetic waves (rather than some form of wire) carry the signal over part or all of the communication path.

X-10: A technology for home automation devices to communicate with each another. X-10 devices communicate by using home electrical wiring.

Z-Wave: A wireless communication technology. Very popular because of its robustness and the increasing number of manufacturers who are developing products using the Z-Wave chipset.

ZigBee: A type of low-power wireless network that allows compatible ZigBee devices to communicate with each other, instead of a central access point (a mesh network). The more ZigBee devices in your home, the more robust the network mesh.

Zones: Selected areas of the home where devices are placed and monitored through a central control panel.

Don’t see a term here that you’ve heard related to home automation? Need clarity on the definitions we have provided? Interested in learning how you can make your home smarter and more connected? Let’s talk further. 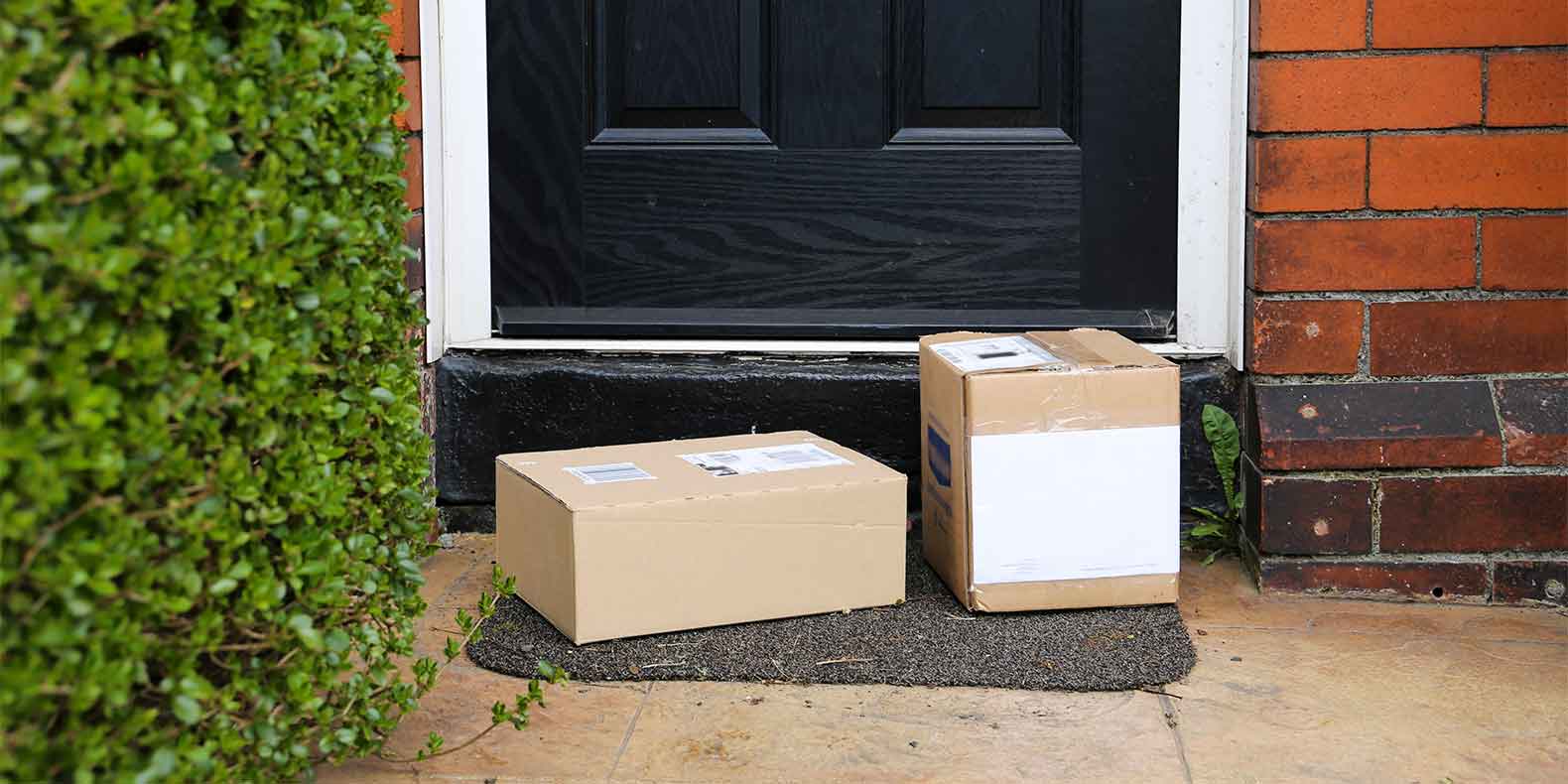 Home Security
Checklist to Follow Before Heading Out for Vacation 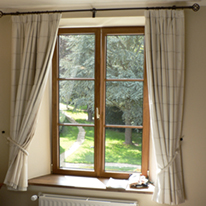 Home Security
How to Secure Your Home Windows 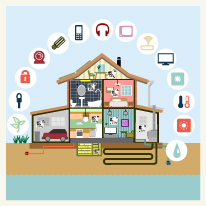 Home Security
Is a Smart Home a Smart Choice for Your Family?